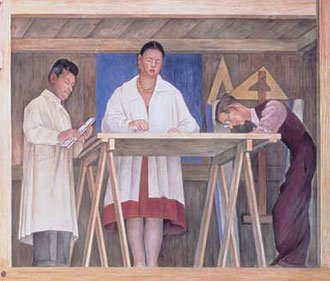 It can often seem that business interests and employment rights concerns are working at cross-purposes to each other. Advocates from both groups can often present almost knee-jerk opposition to any proposal from the other side. Nevertheless, the two sides manage every so often to negotiate their way into a compromise that benefits all parties. Such is the case with a bill now in the Oregon legislature that aims to provide certain protections for unpaid interns that are currently reserved for employees.

Internships Are Increasingly Important for Entry into the Workforce

As The Oregonian recently reported, House Bill 2669 aims to protect a class of workers – unpaid interns – that is becoming increasingly important in the American economy. Many career paths require individuals to work as interns, usually during or after college, in order to gain some experience and break into the field. Given the 2008 crash of the United States economy, such internships have become even more important, because employers often want to see that a prospective employee has some relevant experience before they hire him or her for full time employment.

In addition, internships are no longer only for college-going students or college graduates. Here in Oregon, the state is trying to promote vocational training that involves high school students going to real workplaces in order to participate in educational programs. Given the fact that so many Oregonians participate in educational or unpaid internships means that it is important to ensure that they have some of the same protections – from workplace harassment, for example – that employees do.

Difference Between Paid and Unpaid Internships

While paid interns are generally treated as employees for legal purposes, unpaid interns exist in grayer legal landscape. Employees, as well as paid interns, are meant to provide a benefit to the employer in return for payment. By virtue of being employees, these individuals are entitled to protections under the law against workplace harassment or discrimination. The same does not currently hold true for unpaid interns.

In general, the purpose of an unpaid internship is to provide the intern with a new experience that supplements their other education; it is not meant to provide free labor (that other employees would normally do) for an employer. If employers violate the rules regarding unpaid internships – for example, by asking unpaid interns to perform work that is solely for the employer’s benefit but does not advance the intern’s experience in any way – they can be liable for back pay to the interns. Despite this kind of protection, which is meant to guard against exploitation of the interns, unpaid interns in Oregon are currently unprotected by laws that guard against workplace harassment, discrimination, or retaliation.

House Bill 2669 aims to fill this gap. While it stops short of creating an employment relationship similar to that that paid interns have with their employers, it extends protections against workplace discrimination and harassment to unpaid interns. Furthermore, it protects unpaid interns from retaliatory measures in the event that they object to some illegal employment practice.

It might be surprising to hear that the bill has broad support, given that even the bill’s supporters do not argue that harassment of unpaid interns is a widespread problem. In addition, the business community generally looks unfavorably upon added layers of regulation; in this case, it initially argued that the bill would discourage businesses from taking on unpaid interns and would increase the cost of doing so. However, in the course of debating and amending the bill, both sides were able to come to a compromise that they could all support. Assuming that the bill continues unimpeded through the legislature, Oregonians who plan to take on unpaid internships can soon rest assured that they will be protected in the workplace.

Please fill out the following form: