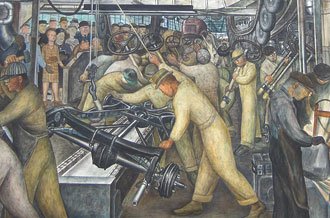 Both Oregon Wage and Hour Law and Federal law provide for the bringing of Class Action lawsuits. A class action may be filed by one or more employees on behalf of their co-workers who have been subject to the same unfair treatment by their employer.

Why a Class Action?

When employers pay one employee wrong, it is often the case that it was not an isolated event, and other employees have been underpaid as well. Also, individual claims can be relatively small and difficult to pursue, but when joined together with the claims of fellow employees, and/or former employees, the claims often become something the employer cannot ignore.

Also, while both Oregon law and the Federal Fair Labor Standards Act make it unlawful to retaliate against an employee who has made a wage claim, employers can and sometimes do retaliate against workers. So a Class Action can offer some added protection and a “strength in numbers” advantage.

To illustrate this, imagine an employer with 500 employees who are each underpaid by $10 a day. In a normal week without overtime the Company is shorting its employees by $25,000. Over the course of a year, the company has underpaid its workers by $1,300,0000.  A Class Action is for the benefit of everyone who has been underpaid.

The Fair Labor Standards Act, commonly known as the FLSA provides for what’s known as a Collective Opt-In Class Action. In these cases, employee/class members must respond to the notice approved by the Court in order to participate – they must “opt-in” to the lawsuit. FLSA Collective Class Actions are commonly filed for overtime and minimum wage violations.

Under Oregon Wage and Hour Law, employees with common Oregon wage claims may pursue a Class Action. In the case of state law claims, employees affected by a common pay practice can pursue their actual unpaid wages and penalties, on behalf of others unless they “opt-out” of the lawsuit.

Common issues for wage and hour Class Action lawsuits include: failure to pay minimum wage, failure to pay the agreed upon wages or “promised pay”, failure to pay overtime or the correct amount of overtime; underpayment of wages due unlawful pay deductions, failure to pay for all time worked including training time, travel time, and working through lunch, other forms of “off-the-clock” work, and, failing to pay wages due upon termination.

If you believe a company wide policy or practice has caused you and others to be underpaid, contact us for a FREE, confidential, no obligation consultation.

Please fill out the following form: